“I will never forget learning to read. Back when I was really small, words scurried past my eyes like little black beetles trying to get away from me. But I was too clever for them. I learned to recognize them no matter how fast they ran. And at last – at last I was able to open books and understand what was written there. I was able to read stories and jokes and poems all by myself.
Mind you, there were some surprises. Reading gave me power over stories, but, in a way, it also gave stories power over me. I have never been able to get away from them. That is part of the mystery of reading.
You open the book, take in the words and the good story explodes inside you. Those black beetles running in straight lines across the white page, turn first into words you can understand and then into magical images and events. Though certain stories seem to have nothing to do with real life – though they melt into surprises of all kinds, and stretch possibility this way and that as if it were a rubber band, in the end good stories bring us back to ourselves. They are made up of words, and all human beings are anxious to have adventures with words.
Most of us begin as listeners. When we are babies our mothers and fathers play with us, reciting rhymes, touching our toes, (This little pig went to market) or clapping our hands. (Pat-a-cake! Pat-a-cake). Games with words are spoken aloud and, as very small children, we listen and laugh at them. Later, we learn to read that black print on the flat page, and, even when we read in silence, a certain voice is there too. Whose voice is it? It might be your own voice – the reader’s voice, but it is more than that. It is the voice of story, speaking from inside the reader?s head.
Of course there are many ways in which stories are told these days. Films and television have tales to tell, but they do not use language in the way books do. Authors who work on television or film scripts are often told to cut back on the words. ‘Let the pictures tell the story,’ say the experts. We watch television with other people, but when we read we mostly read alone.
We live in a time when the world is crowded with books. It is part of the reader’s journey to search through them by reading and then reading again. It is part of the reader’s adventure to find in that wild jungle of print, some story that will leap up like a magician – some story that is so exciting and mysterious that the reader is changed by it. I think every reader lives for the moment when the everyday world shifts a little, giving way to some new joke, some new idea, some new possibility given a truth of its own by the power of words. ‘Yes, that is true!’ cries that voice inside us. ‘I recognise you!’ Isn’t reading exciting!” 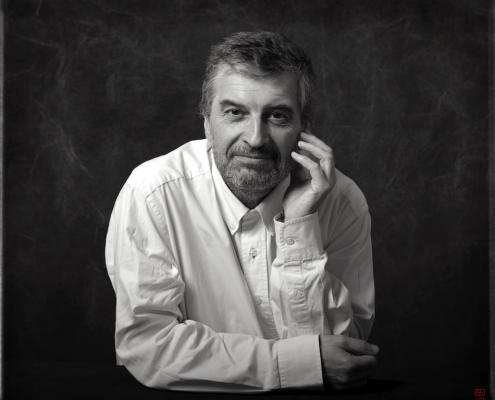